Hope after Harvey: Celebrating the Resilience of Houston 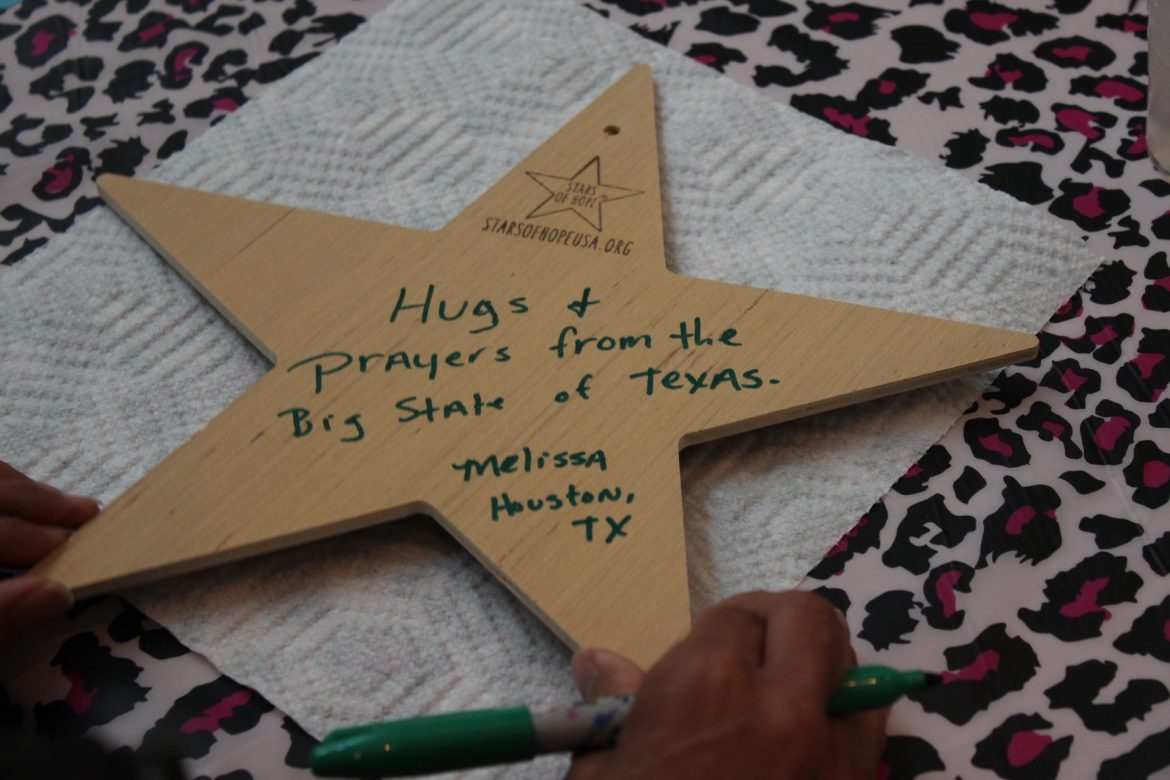 Hope after Harvey: Celebrating the Resilience of Houston

In late August 2017, tropical storm Harvey barreled through the Atlantic Ocean picking up speed as it headed for the Texas coast. As it made landfall, Harvey was a category 4 hurricane causing major flooding and an estimated $125 billion dollars in damage to Houston and other areas on the Texas coast.

Hurricane Harvey soaked Houston with 40 inches of rain destroying schools, homes and businesses. But what Harvey didn’t destroy was the city’s resilience. The people of Houston came together – united to help, heal and give hope to their city.

On the one year anniversary of Harvey, Houston once again came together to celebrate the resilience of their city and rekindle the sense of community spirit exhibited during and after the storm. Stars of HOPE® was invited by the Memorial Hermann Children’s Hospital and the Houston Arts Recovery Project to be a part of the one-year resiliency project.

“Many of the employees worked at the hospital for 3, 4 or 5 days until relief staff could arrive. Some of those who stayed went home to their own homes being flooded, cars being totaled, yet they had to pick themselves up and return to work to continue to help our community,” Amy said. “While our hospital did great things to help with employee after-care and resources, I wanted to make sure that their efforts were not forgotten, thus bringing Stars of HOPE to our hospital for employees to participate in.”

At two separate events, 125 Stars of HOPE were created by survivors of Hurricane Harvey to send to survivors of natural disasters and human-caused tragedies across the United States.

“Stars of HOPE was a perfect addition to our “Harvey Resiliency Celebration” in August. It helped bring people from our community together to not only remember the hardships we’ve been through in this past year but to create a sense of hope and resiliency through celebration and creating hope for communities in California affected by the wildfires,” Amy added. 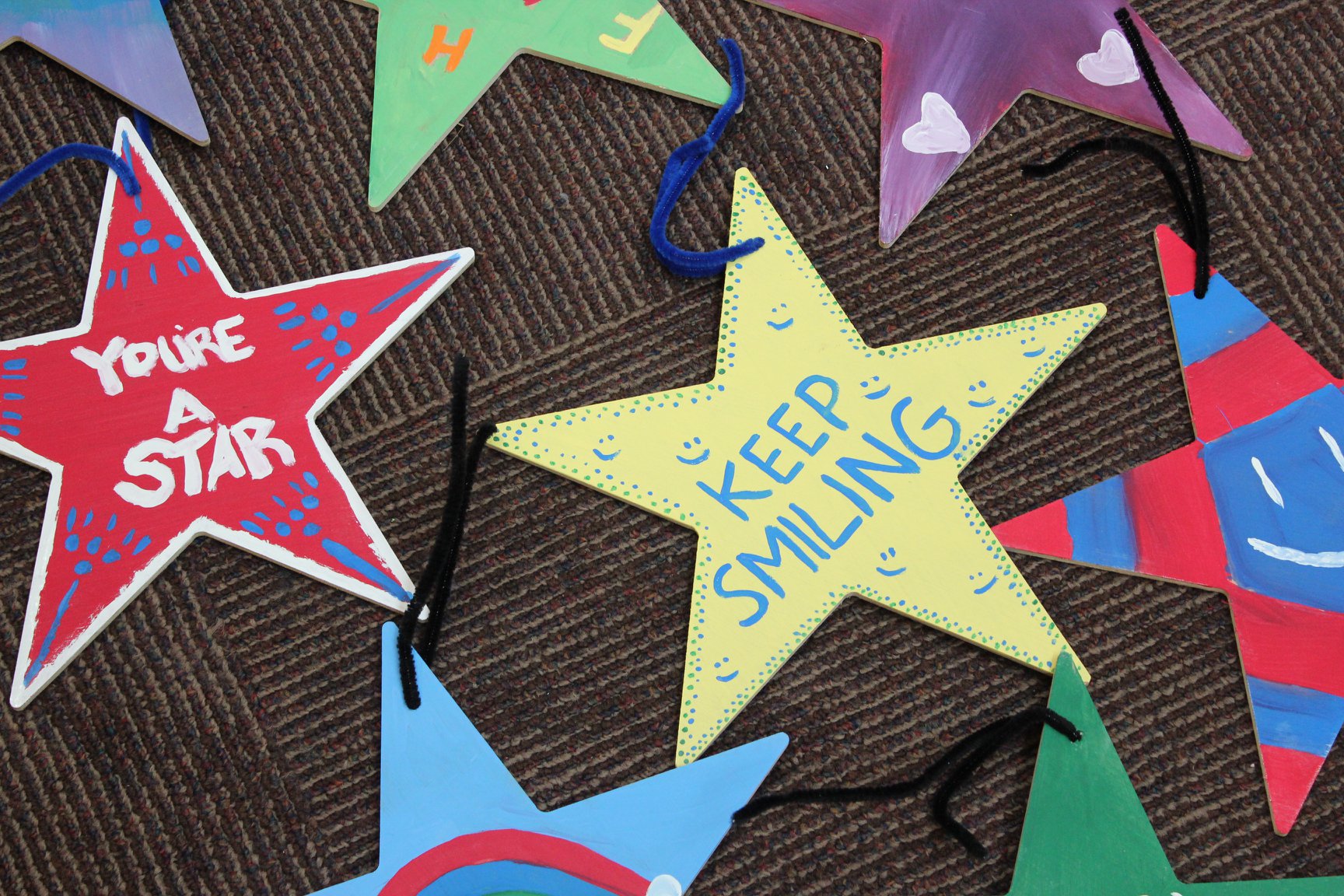 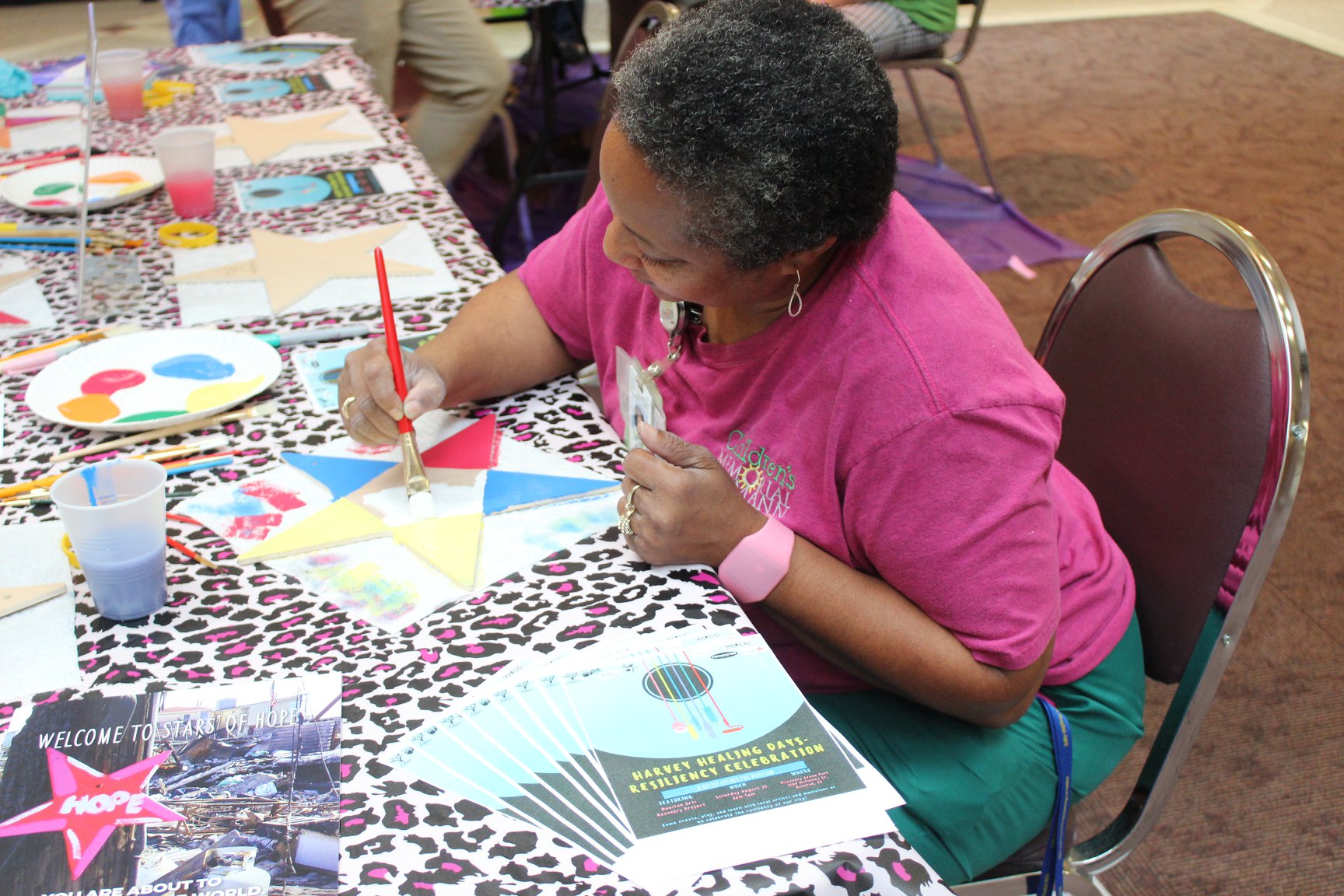 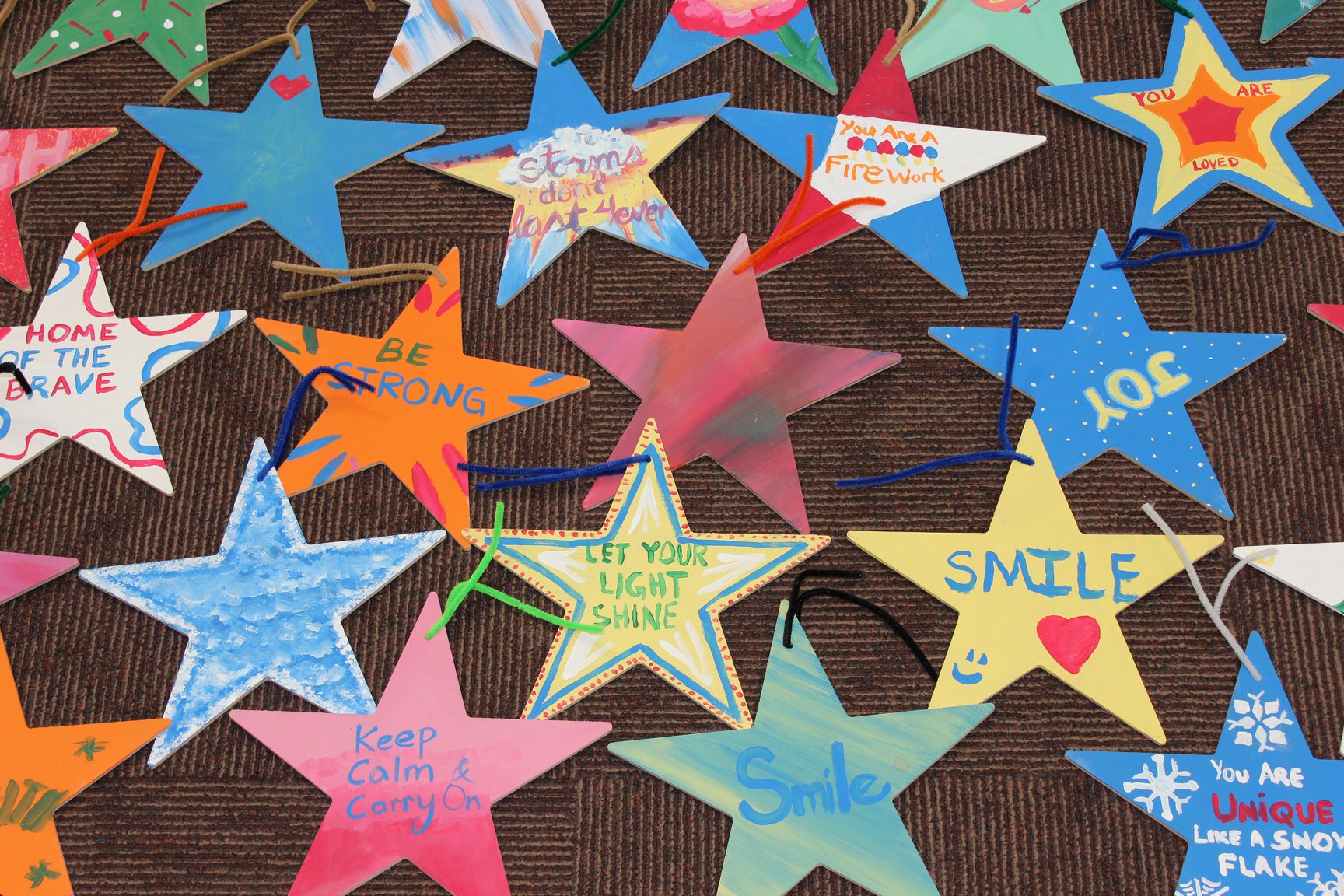