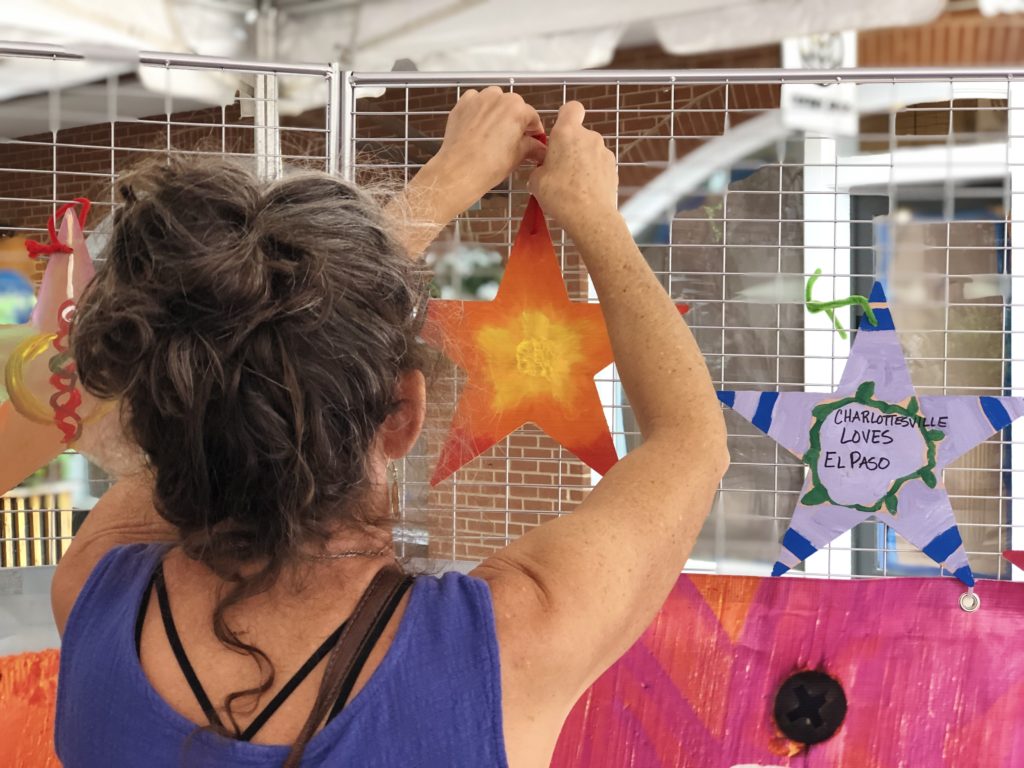 When I was 10 years old, in 1977, the Nazis tried to march in Skokie, Illinois, and there was a battle over constitutional rights. Looking back, that was probably when I first understood that the law was complicated . . . and interesting, and when I first heard the concept that someone else’s rights of free speech stopped at the tip of my nose. To be honest, forever after, if someone says, “Skokie,” my first thought is, “Nazis.”  I know how unfair that is to Skokie and its citizens – but that is my association.

Fast forward 10 years, and the interplay of law and rights, and the ability to use the law to make change, still fascinated me. That’s how I found myself in Charlottesville, Virginia, getting ready to start at the U.VA School of Law. I was prepared for the difficult studies, but I wasn’t expecting to fall in love with a city, with its spirit of education, its rootedness in the past, and its intention to shape a better future for itself, our country and our world. Charlottesville and the university are perfectly imperfect – changing, improving, building, growing – and challenging us to do the same. After graduation, I rarely had the chance to be in Charlottesville, but Charlottesville was always in my heart. So, on August 11, 2017, I watched with the rest of the world, stunned, as hate tried to make itself synonymous with Charlottesville. It marched through our University, and on August 12, it marched through Charlottesville’s streets, bringing suffering and death in its wake.

The night before we painted, I walked around the Downtown Mall. The stores were very different than they were 30 years ago, but the feeling was the same. The warmth of the evening matched the warmth of my memories.  Many of the stores have messages of love in the window, defiantly telling the world that love is stronger than hate. On Saturday, I joined the incredible NYSTY staff as we explained the Stars of HOPE project to the kids, adults and students participating in Charlottesville’s Unity Days. The kids understood that when they painted a star, it would be given to someone who was sad and make them happier. The adults knew that it wasn’t so simple – that the people of Dayton, El Paso and Gilroy were in the early days after hate came to their cities, and they had a long road ahead to recover their spirit and their narrative as individuals, as a community, and as a city. They understood how jarring it is that the world’s association with your city could change in an instant, along with your sense of security and safety.

Over and over, we explained what we were doing, and showed them the stars already hanging from those who painted earlier in the day. All day, I took my hope from the light that came on in people’s eyes as they understood that they could pay it forward with Stars of HOPE. That they could take their hard-earned lessons of the past two years and share it with cities and people in fresh pain. That there was a way to stand on the Downtown Mall in Charlottesville and with a little paint and markers hug someone who needed it in a faraway city and make the world a little bit better. That they could decide to spread hope. That light that came on in their eyes, their eagerness to help others, that is the light of Charlottesville that I remember. That is the light of hope that connects us all and makes us strong enough to forge a better tomorrow.

At the end of the day, the ground was covered in blue pawprints and we were covered in paint (and full of pie – can’t forget that amazing pie!). We had each experienced a day full of stories and wisdom and optimism as just about 300 stars were painted by Charlottesville.

Bringing the Stars of HOPE project to the Charlottesville that I love and helping its residents and citizens reclaim the narrative of their city healed part of my heart that broke in 2017. I know those who painted healed a little bit, too.

Stars of HOPE® is focusing on mental health and resiliency of communities impacted by human-caused tragedy while strengthening compassion and empathy in future generations with healing art. Today, with the help of over 90,000 volunteers, Stars of HOPE have transformed 220 communities in 26 countries impacted by disaster and tragedy. Thank you to our National Community Sponsor KPMG, LLP. Stars of HOPE® is a registered trademark of New York Says Thank You Foundation.

PrevPreviousHope Across America Tour rolls across the US, including a stop in San Bernardino
NextAt long last, Coffey Park’s grand entry nearly completeNext 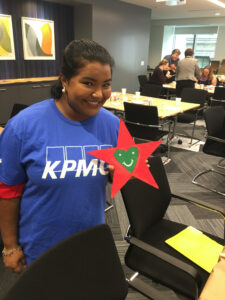 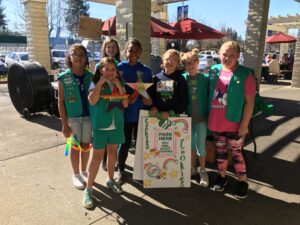 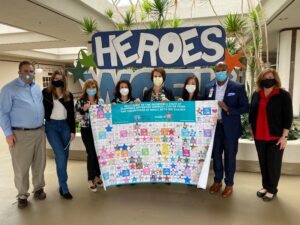 Gratitude Banners for our Frontline