The Story of Loews Hotels 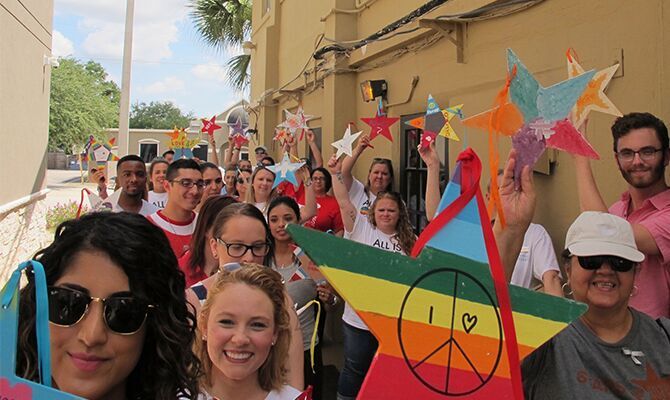 Less than 2 weeks after the Pulse Nightclub shooting in 2016, Loews Hotels at Universal Orlando, invited Stars of HOPE® to help their community heal. Stars of HOPE were created by employees at each of the Loews Hotel properties in Orlando as well as in Atlanta, GA, Coronado, CA and Nashville, TN. Over 1,000 Stars were painted in just a few days.
Many of the Loews employees were colleagues and friends with people who were lost at Pulse Nightclub and were at a loss how to help their own community. Graciously Stars of HOPE volunteers were brought around Orlando by a charter bus with 50 Loews employees to help share the Stars of HOPE around the city. We connected with the employees of Pulse, Orlando Regional Medical Center, numerous LGBQT community centers, the Police Stations, Fire Departments and the 911 Call Center.
How do we know it made a difference?  Stars of HOPE were then created by the staff at Orlando Regional Medical Center for the staff at Parkland Regional Hospital in Dallas, TX who responded to police shooting.

“Our little stars made it into the hands of some of the Pulse survivors who gathered over the weekend. I have pasted the photos below and included links to the story as well. Tears streamed down my face when I saw the photos and our Stars of HOPE in their hands. Three weeks after the tragedy, our hearts still ache, but we are strengthened and inspired by what we were able to do together, with you.” 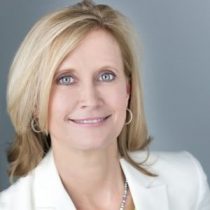